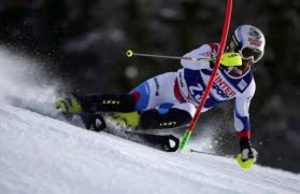 You don’t have to love skiing to appreciate the awesome athletes involved in the Alpine Skiing World Cup Event, going on now in Italy, and other European countries.  Events are scheduled in Bormio, Italy beginning on December 26, and lasting through December 29.  You can find the schedule here.

Although the World Cup season kicked off in October, there are still some great events in Bormio before the Winter Olympic break in February 2018 in Peyongchang, South Korea.  This year marks the 52nd consecutive season for the International Ski Federation (FIS) event, and it is the foremost tour for skiing competitions.

Brace yourself for the chilly weather in Bormio.  During this late December period; the temps are expected to be at or below zero and snowfall is also predicted for several days.  It is a snow ski event! 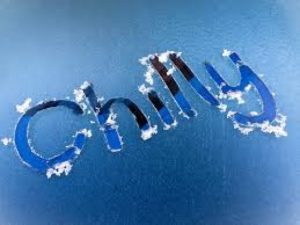 Just one of the most incredible ways to arrive at the area is via Milan, where you can take a full day trip to lovely Lake Como.  The views are fabulous, and you’ll be right there at the Alps.

Another option is a train ride from Tirano to St. Moritz, one of the newest Alpine tours.  The train alone is beautiful, and the sights along the way, take your breath away.  It has the well-deserved reputation for being one of the most stunning railways in the world.

If you want to do some skiing, instead of being a spectator, how does some midnight skiing sound?  We think it’s an amazing experience in the Dolomite Mountains of Cortina d’Ampezzo, where you are following in the ski prints of unforgettable Olympians.  While the Dolomites are about a five-hour scoot from the Alps, their landscapes and panoramic views are well worth the side trip.

All this talk of side trips has us wandering away from the Alps and the skiing event!  But, what a fun way to wander!

To get us back on track, Bormio is a charming town, (population, about 4,100) that is popular for winter sports, and it is in the Province of Sondrio, Lombardy region of the Alps in northern Italy.  You may recall, it was the site for the Alpine World Ski Championships in 1985 and 2005.  The World Cup event is enjoyed annually in the area, known for its therapeutic hot springs that are used to send water to their thermal baths. 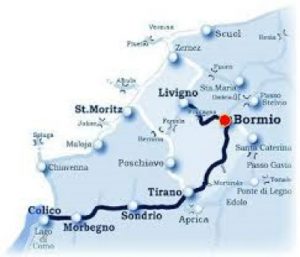 The Pista Stelvio, which gets its name from Stelvio Pass, is one of the most challenging downhill courses in the world.  It is the second-longest course on the World Cup circuit, behind the Lauberhorn in Wengen, Switzerland.

Italian is the primary language of Bormio, and more than 90 percent of the population are natives.  It is a tourist hot spot, so you may find any number of languages among the crowd.

There is so much to do, and see in and around the Alps, that it would be impossible to share all the options in one short post!  So, be sure to visit us regularly for more tantalizing tours!

If you haven’t been to Italy’s sweet corner, where it borders on Switzerland, you will love the Lake Maggiore tour!  On this tour, you can expect to fall in love with the borders of Piedmont, Lombardy, and Switzerland.  Lake Maggiore is the second largest Italian lake (Lake Garda comes in first place), and most of the lake lies in Italian territory.  Only the most northerly end falls into Switzerland.