Italy is a land to discover under many perspectives, since it retains a boundless heritage. Weekendinitaly offers to the affiliated partners the opportunity of a series of walking tours very appreciated by the visitors who come from all over the world. It’s a service that links both the possibility to join a relaxing tour and the pleasure of exploration. 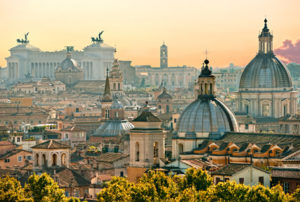 We can suggest a walking tour in the Eternal city, one of the favourite destinations by the visitors who come to Italy.

The guided tour in Rome with Colosseum  it’s well structured; it begins with a short bus drive to Piazza Venezia, where the monumental complex built in 1911 and dedicated to King Victor Emmanuel II is situated. Then the tour will continue on foot from here, to the Capitoline Hill square designed by Michelangelo, where it’s given the opportunity to admire the breathless view of the Roman Forum, the ancient Roman political center during the Republican and Imperial period. Then, a bus will take the visitors to the Circus Maximus, where chariot races took place during the ancient Roman period, and to the Aventine Hill.

Rome, it’s also the sacred temple of Christianity; people who arrives here can not lose the occasion of visiting Vatican Museums, Sistine Chapel, and Saint Peter’s Basilica. Weekendinitaly can give the opportunity to discover those beauty, thanks to a special guided tour by an experienced guide provided by us. As an alternative for those who ask for a shortest tour, we suggest a guided tour at the Vatican Museums with Sistine Chapel, where a licensed guide will show to the visitors Michelangelo’s pasterpiece; the magnificent frescos. Overmore, a guided tour of the Vatican gardens it’s the right choice for the costumers who want to discover the splendor of the papal gardens and who want to take a walk through 2000 years of history. The tour includes a leading Vatican guide. 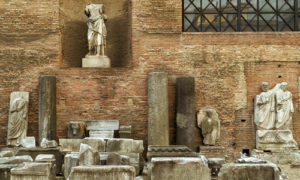 Otherwise we suggest a guided tour through the Diocletian Baths & Ticket National Roman Museum;  the Diocletian Baths were the largest bathing complex in ancient Rome, located in a central area of the city. Building began in 298, and when the baths opened in 306, they served as a place to socialize, relax, and develop activities. After the fall of the Roman Empire, the complex was run by the order of the Carthusian monastery who converted a part of the baths into the Church of Saint Mary of the Angels. The design of the cloister is now commonly attributed to Michelangelo Buonarroti.
For those who require a different way of exploring Rome and who are very passionated of cinema, we suggest to enjoy the Glorious film set tour. Thanks to this opportunity, costumers can see the locations of films that have made the history of cinema and visit the famed Cinecittà Studios.
For those who love crimes and mysteries, a Guided tour of the Borgias n Rome could be a fascinating journey through the alleys and squares of the city, where costumers will discover the places that still preserve the memory of the crimes and intrigues of the infamous Borgia family. Special attention will be given to the figure of Alexander VI, one of the most debated popes of the Renaissance. 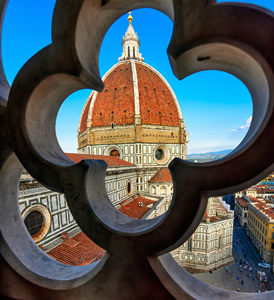 Another breathless city to discover by foot it’s Florence for sure. Its narrow streets and beautiful landscapes are the perfect mixture for an unforgettable walking tour. Weekendinitaly suggests to the affiliated partners to join a walking tour of historical center of Florence from the Ponte Vecchio, through the famous Uffizi courtyard, to the architectural marvel of Brunelleschi’s Dome of the Cathedral guarded by the golden “Gates of Paradise” of the Baptistery. For the costumers who come to visit Florence on Monday it’s even better; they can take the advantage of the fact that major museums are closed on Monday to explore the gems of the city. Discover the city’s best loved treasures such as the Duomo, Palazzo Vecchio (city hall palace), the squares, the monuments and the Ponte Vecchio bridge by foot.
Not far from those beauties we suggest to discover two other Florence’s most ancient and important landmarks, intimately bound up with the city’s heart and soul, with its history and rich artistic heritage – the splendid church of Santa Maria Novella and the historical Dominican Pharmacy.

Weekendinitaly provides a professional guided tour for these attractions.
Florence is better known all over the world as the cradle of the Renaissance; thanks to the Medieval and Renaissance Florence Complete & Easy Walking Tour we can give to the costumers the opportunity to discover the boundless heritage that this city preserves. The tour starts from the characteristic central market neighborhood, with its workshops and multicolored stalls, where the Medici Chapels and the Basilica di San Lorenzo – the family church of the Medici – are located.  Just a few minutes walk away, costumers can reach the Piazza del Duomo, where they can admire the Cathedral, including a visit of the inside, and its dome by Brunelleschi, the bell tower by Giotto, and the Saint John Baptistery.

There is also “The Other Florence” that represents a beautiful attraction for those who want to discover the city by foot; the gardens. Weekendinitaly gives the opportunity to discover the Noble Parks and gardens of Florence providing a special tour in the middle of the ancient centre of the city.
Close to the most famous ones, there are also the Olden and Hidden Museums of Florence that few guides mention even if their beauty it’s boundless. Many of them are interesting not only for the objects on display but also for the architecture, the furniture, and the guiding philosophy behind the museum.
Not far from Florence there is another artistic heritage to discover by foot, San Gimignano,  whose beautiful walls have been on the UNESCO World Heritage list since 1990. Thanks to the support of an experienced guide, it’s given to the costumers the opportunity to stroll around this beautiful medieval city and see the pearls that distinguish it: the Cathedral and the Collegiate Church with its magnificent frescoes, the People’s Palace, the New Palace of the Podesta, which is now the seat of the city government. 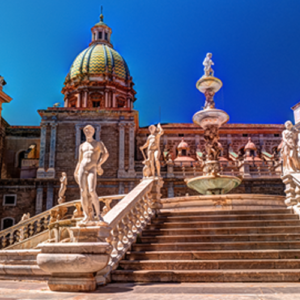 Thinking about Italy, another destination could be Palermo. Weekendinitaly suggest to join a beautiful trip in the capital of Sicily, since its history and heritage it’s absolutely interesting. Palermo through the ages  it’s a guided tour – a short walk of little more than one kilometer (just under 1 mile) from Porta Nuova to Porta Felice –that will describe the many changes that have taken place over time. Strolling along the ancient Cassaro and its side alleys, costumers will take a trip into the past of the city, without forgetting its present and imagining his future. Punctuated by significant encounters with old and new inhabitants of the historical center, this guided tour allows to immerse into the essence of Palermo and the Palermitans.

In spite of its beauties, Palermo it’s also known because of Mafia. That’s the reason why Weekendinitaly suggests an Antimafia walking tour in Palermo  thanks to the support of a Addiopizzo ( a grassroots movement established in Sicily to build a community of businesses and consumers who refuse to pay Mafia extortion money, “pizzo” ) guide share reflections on the Mafia and on civil mobilisation against Mafia power. Visitors will also meet some of the businesses who said no to paying the extortion money by joining the Addiopizzo campaign “I pay who does not pay” (“Pago chi non paga” in Italian) in support of those who resist the Mafia.

One of the most romantic and fascinating destinations in Italy it’s Venice for sure. Thanks to a Walking tour in Venice, Weekendinitaly offers the possibility of discovering the historic centre with no need to enter any churches or museums to get to know some of the most characteristic and important places of Venice’s central neighborhoods. The city of Venice is a museum in itself. 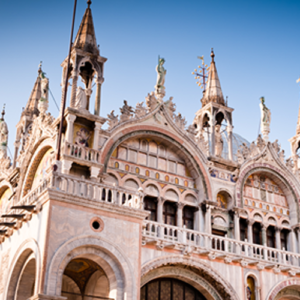 Otherwise it’s given to the costumers the opportunity to experience the Doge’s Palace, Saint Mark’s Basilica, as well as San Marco, Cannaregio and Castello, thanks to an Absolute Venice Comprehensive Walking Tour. (The walking tour departs from the very heart of Venice, the Piazza San Marco, will then continue to the nearby campo of Santa Maria Formosa, where costumers will hear about the history as well as some anecdotes related to this wonderful and characteristic square, one of the few larger ones in Venice. The very last stop on this part of the tour will be Marco Polo’s House and the Malibran Theater, again only minutes away
We suggest another Discover Venice walking tour )for those who are interested in discovering the hidden parts of this magnificent city; the itinerary includes a visit of the exterior of the famous Teatro La Fenice, site of many legendary opera premieres. Since being named “La Fenice” (Italian for “Phoenix”), the opera house has burned down and rebuilt twice. The route will also include a look at the external spiral staircase (“Scala del Bovolo”), of the elegant Palazzo Contarini-del Bovolo and will end at the Grand Canal and Rialto, which costumers will see from a spectacular point of view.
Weekendinitaly gives also the opportunity to enjoy a different experience through the narrow streets of Venice; Mysteries and Ghosts walking tour It’s a thrilling evening tour with our experienced official guide who will show to the visitors the secret and sunny squares of Venice, as well as its hidden and mysterious passages. Costumers will hear ghost stories and legends – and won’t see Venice the same way ever again. At the same, we suggest to enjoy the Shadows of Venice walking tour, thanks to which costumers will be able to discover the city when the sun has gone down and the city reclaims her secrets.
Venice it’s also known because of its unforgettable location for the most famous films. For this reason Weekendinitaly makes available a Private Cinetour  for the costumers who require a different way of experiencing the city. It’s a private guided tour through the Venice locations of the great movies of the past and the present. A fascinating itinerary dedicated to movies set in Venice who chose this city for some scenes, and remain milestones in the history of cinema.