The Rise of the Roman Empire 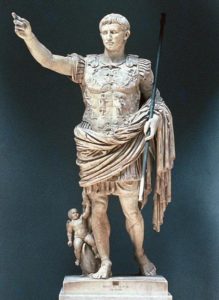 The Roman Empire is synonymous with ultimate power and the apex of civilization in the ancient world. Established as a Republic in the 6th Century BC, the rise to imperial status took nearly six centuries, officially. Unofficially, the Roman Empire was a reality long before Octavian became Augustus Caesar in 27 BC. What transpired in the years leading up to this transition could best be described as the “growing pains” of a nation that expanded far too quickly.

In the Third and Second Centuries BC, Roman armies fought six wars of conquest, three against Carthage and three against Macedonia. The end result of those wars was Roman occupation of all of Italy, Sicily, Sardinia, Corsica, Hispania, Macedonia, Greece, and Northern Africa. A consul governed Rome at this time and the senate made decisions, but it was the military leaders that controlled the provinces. By 100 BC, the need for strong centralized leadership was clear.

Visit the Colosseum for Understanding of Early Roman Culture

The Roman conquests netted a number of captives who were sold into slavery. Hollywood has done a fairly decent job of portraying the slave rebellion led by Spartacus in 73 BC. The Colosseum of the Roman Empire, though not completed until AD 80, will give you some insight into the lives these desperate men led. Forced to fight in mortal combat, Spartacus’ gladiators were the main force behind the Third Servile War, a slave uprising that nearly toppled the Republic.

The slave uprising sent a clear message to the Senate that change was needed. Unbeknownst to them at the time, that change was already upon them. The rise to power of two Roman patricians, Pompey and Crassus, who would later join with Julius Caesar to form the First Triumvirate of the Republic, was a prelude to a future Imperial government. Crassus won a decisive military victory and Pompey ordered a mass crucifixion of 6000 slave survivors along the Appian Way to end the war.

The Ruins of Pompeii and the Archeological Museum of Naples 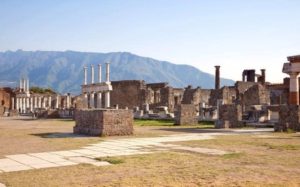 Unfortunately, due to war, earthquakes, and volcanic eruptions, not much remains for us to see what life was really like in the days immediately preceding the Roman Empire. Ancient Capua, where the uprising of Spartacus began, was completely destroyed in 841 AD. Crassus accumulated vast sums of money and property, but only the writings of Plutarch and Cicero remain to tell us about it.

There are a number of sculptures of Pompey and Crassus, though few are period authentic. For a look at actual ancient artifacts, book a trip to Pompeii or visit the Archeological Museum of Naples. Both contain relics and real life remnants of Roman Republic society before the formation of the Roman Empire. It was a time of growth and conquest, but also of great suffering and internal dissension. Studying this time period will help you to better understand events that came later, namely the Dictatorship of Julius Caesar and the rise of Emperor Augustus.