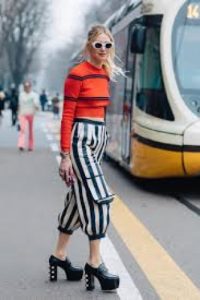 Long known as one of the top eight fashion capitals of the world, it’s no wonder that any self-respecting fashion guru will be in or at the Milan Men’s and Women’s fashion weeks coming up for January 13th through 16th, and February 21st through 27th respectively.  Drop dead, gorgeous male and female models can be found on catwalks in locations like the Palazzo Reale, the Palazzo Serelloni and other equally elegant and appealing locations.

The entire city becomes home to many tourists seeking to spot the latest Italian fashions, and designers.  Details for the Winter 2018 shows remain a little fuzzy and tickets aren’t available just yet, but Milan is most certainly the place to be for fashionistas!

In the early 21st century, Milan initiated a series of significant redevelopments.  The exhibition center moved to a much larger site in Rho.   New business districts such as Porta Nuova and CityLife were constructed.  With the decline in manufacturing, the city has made efforts to develop other sources of revenue, including publishing, finance, banking, fashion design, information technology, logistics, transport and tourism.  In addition, the city’s decades-long population decline seems to have come to an end in recent years, with signs of recovery as it grew by seven percent since the last census. 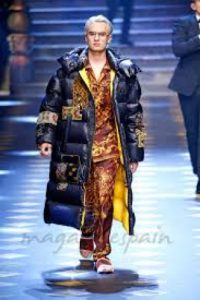 As you prepare for your trip, the average high temperature in Milan for February, runs about nine degrees Celsius, and the average low, a cooler 0.3 degrees.  Average precipitation is 49.2 inches, and 78 percent average humidity.  Be sure to dress and pack accordingly, so ensure maximum comfort while you enjoy this magnificent city.  While Italian is considered the primary language of the city, most residents speak English as well.

If you’d rather shop ‘til you drop, then the Serravalle Outlet Village was built just for your shopping pleasure.  Built in the traditional Ligurian-Piedmont style, this shopping haven, lies between the slopes of the Ligurian Apennines and the beginning of the Po Valley, snuggled in the hills of Gavi.  You can check out over 180 designer name shops with prices discounted as much as 70 percent.  As one of the largest outlet shopping opportunities in Europe, you can say “hello” to over 200 top Italian and international brands: Versace, Dolce & Gabbana, Bulgari, Roberto Cavalli, Calvin Klein, Prada, Bruno Magli, Fratelli Rossetti, Swarovski, Adidas, Nike, and so many more!  We suggest some very comfy shoes!

You don’t have to be a foodie to know that the Italian cuisine in Milan is among the tastiest of all treats.  So much so, you can enjoy our food walking tour, for about three hours to sample some of the most delicious dishes ever!  Could you perhaps be tempted by: melanzane alla parmigiana (aubergine parmigiana); cannoli (Sicilian cream horns); artisan beer made in Italy; culatello (refined dry-cured ham); Milanese-style meatballs; parma ham aged for 24 months; authentic Italian gelato; Milan-style aperitivo at a trendy art and aperitivo bar “La Bicicletta;” and pizza in teglia (pan pizza)?  Good heavens, and thank goodness, we won’t be walking the runways!

Would any trip to Milan be complete without a proper wine tasting?  No!  As a matter of fact, we won’t let you leave our fabulous city without taking our wine tasting tour, complete with a glass of Refosco with beef carpaccio and balsamic vinegar, a glass of Montepulciano with crostini, and the final highlight, nothing less than a glass of Pinot Nero with chocolate cake.  Simply sinful!  But, a little, tiny sin never hurt anyone!  You can bank on meeting us at this tastefully elegant tour!  Where will you be?  Book your trips today and don’t miss all that Milan has to offer you in the new year!  Oh, and by the way, Fashion Week returns to Milan in September, make your plans early!  Ciao, ci incontriamo di nuovo amici (good bye, until we meet again friends)!