The Legend of Leonardo da Vinci 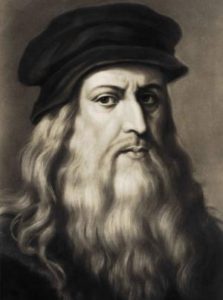 The Google definition of the word “legend” is “an extremely famous or notorious person, especially in a particular field.” Leonardo da Vinci, perhaps more than any other individual in history, fits the description, with one exception. Da Vinci is regarded as a legend in multiple fields, not just one. His contributions to mankind include masterpieces of art, science, anatomy, and engineering.

The iconic master’s legendary status has been further enhanced by Hollywood’s release of The Da Vinci Code in 2006 and the STARZ fantasy series Da Vinci’s Demons in 2013. There are even those who believe he’s responsible for founding the Freemasons and spiriting away the secrets of the Templars. Remarkable as these fictions sound, they are mere bedtime stories compared to the truth.

Famous and Lost Works of Art

Hollywood made sure that anyone who wasn’t familiar with Da Vinci’s Last Supper painting saw it on the silver screen ten years ago, along with a new mythology about St. John the Apostle actually being Mary Magdalene. This magnificent creation, a fresco in the refectory of the Convent of Santa Maria della Grazie in Milan, is on par with the Mona Lisa for Da Vinci’s greatest works of art.

Other, more obscure paintings include the Virgin of the Rocks, the unfinished Adoration of the Magi, and a fresco titled The Battle of Anghiara, which was commissioned for the Salone dei Cinquecento in the Palazzo Vecchio of Florence. This last piece was lost and can currently only be seen in a reproduction done by Rubens, but the search for it is ongoing.

Viewing the Machines of Da Vinci 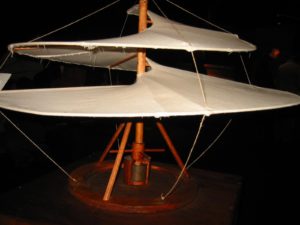 Perhaps the lost works of art can shed some light on where his unique insights came from, because Leonardo Da Vinci’s feats of science and engineering were centuries ahead of his time. Some of his drawings were so advanced that the technology to build the devices was not available until the 19th and 20th Centuries. The concepts were so advanced that many of his peers thought him to be quite mad.

To view some of the works of Da Vinci and see modern manifestations of his ideas, visit Museo Leonardo da Vinci in Florence. This unique museum is dedicated to the universal genius of Leonardo and contains five sections: Mechanisms; Earth; Water; Air; and Fire. Bring your entire family and view the famous codex that led to the creation of printing machines, hydraulic saws, parachutes, helicopters, machine guns, and armored tanks. Wear comfortable shoes and be prepared to be amazed.

Maestros of the Italian Renaissance

The Renaissance happened over a span of time ranging from 1300 AD to 1600 AD, but between 1452 AD (the birth of Leonardo) and 1564 AD (the death of Michelangelo) the world was blessed by the contributions of four of the finest “Maestros” in history. This month, Weekend in Italy will be profiling each of them: Leonardo da Vinci; Michelangelo; Raphael; and Sandro Botticelli. Please visit us again Monday for our next installment.