The Ides of March and the Assassination of Julius Caesar

What is the significance of the Ides of March? Most people have heard the term, but not everyone knows the story behind its; meaning. In ancient Rome, the Ides of March was the night of the first full moon of the month in their calendar. That doesn’t really mean much other than to mark a date, but we often hear the phrase, “Beware the Ides of March.” Where does that come from?

In 44 BC, the Ides of March marked a turning point in Roman history. It was the night that Julius Caesar was assassinated on the floor of the Roman Senate. That one act, perpetrated by friends and foes of the dictator, put a process in motion that would lead to the rise of an empire. In 27 AD, Caesar’s nephew and adopted son Octavian, became the first Emperor of Rome after a bloody civil war.

Ides of March Feasts and Observances 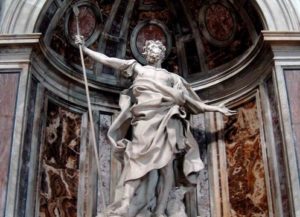 The term “Beware the Ides of March” was first used by Shakespeare is his famous play about Julius Caesar. Legend has it that a seer warned Caesar while he was preparing to attend the Feast of Lupercal with Antony, Brutus, and Cassius. This pagan festival, a fertility ritual and road race at the Colosseum, is no longer celebrated. The church abolished it when Rome converted to Christianity.

The Ides of March is also the Feast Day of St. Longinus, the Roman Centurion who pierced the body of Christ on the cross after he expired. The lance he used is preserved under the dome of St. Peter’s Basilica, though the Catholic Church will not vouch for its authenticity. It was given to Pope Innocent VIII in 1492 as a gift from Sultan Bayezid II, but its exact origins have never been verified.

The Ides of March and Palm Sunday 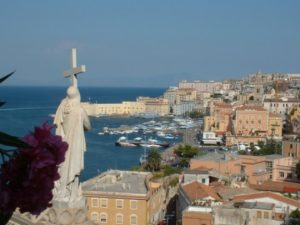 The Ides of March is the earliest day, according to church doctrine, that Palm Sunday can be celebrated. The current calculation for determining Lenten holidays is based on the first full moon after March 21st, the Spring Equinox. In ancient times, Passover, which is celebrated by Christians the week before Easter, occurred on the 14th day of the Jewish month of Nisan, and was supposed to happen on a full moon. This calculation left too much margin for error, so the Catholic Church changed it.

Easter is now celebrated on the Sunday immediately following the Paschal Moon. In Rome, the Pope celebrates mass on the steps of St. Peter’s Basilica, after a lengthy procession through St. Peter’s Square. In Florence, Americans can attend an English mass at St. Mark’s English Church on Via Maggio 16. We’d also recommend staying for a few days after, as most of the museums are open Easter week.

If you’re in Naples, you can attend mass at the Church of San Pietro ad Aram and stand on the site where St. Paul once preached. You can also take a wonderful day tour to the Split Rock of Gaeta to visit the Chapel of the Crucifix. The split in the rock is said to have occurred at the exact moment Jesus died on the cross and is revered by Christians as a holy place of healing and reaffirmation of your beliefs.