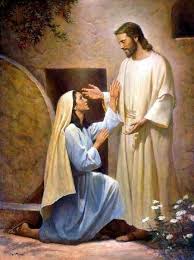 As you’ve seen, we have been very focused on the Holy Week in Sicily lately.  Italians have a proud heritage, and one of the ways, we share that pride is through our honored, ancient traditions.

When you think of Easter, it’s hard not to remember great family mealtime gatherings.  If you’d like to learn a bit more about cooking, a Sicilian cooking class is one of the best ways to enhance any holiday menu!

In, Ispica, a charming town in the southeast portion of Sicily, honors the season in very much the same way.  Celebrations begin the Friday before Palm Sunday (March 23) with the “Santa Cascia,” the deposition of Christ outside the Annunziata church.  There is also an emotional live reenactment of Jesus entrance into Jerusalem on Palm Sunday.
On Wednesday night of the Holy Week, people gather at 3 am in the archeological area of Cava d’Ispica for the reenactment of the Passion of Christ which ends at the church of Santa Maria Maggiore.

The following day, Maundy Thursday, the citizens go back to the same church, where the priest knocks three times on a decorated panel that covers ‘U Patri a Culonna”, the statue of Christ tied at the column.  Once the protective panel is open, the statue is brought to the center of the church while the marching band plays a special march composed by a local musician, maestro Belisario, for the sole purpose of this tradition.

The procession takes place in the afternoon, with the Confrati of Santa Maria Maggiore wearing their red mantled vests and the statue carried by local volunteers.  You may also see men dressed like ancient Roman legionaries riding on horses, the Confrati of the Annunziata church wear blue mantled vests and volunteers carry the sculpture of Christ.  As in other town celebrations, the procession culminates with Our Lady of Sorrows reunited with the risen Christ.

If you have time, visit Palermo, the capital of Sicily, one of the historically and artistically richest cities on the island.  In the afternoon, you’ll discover nearby Monreale’s Norman Cathedral with its splendid 12th century mosaics and the cloister of the Benedictine monastery with Moorish architecture.  If your Easter trip time is short, book this tour for your next trip, it’s a lovely way to enjoy Sicily! 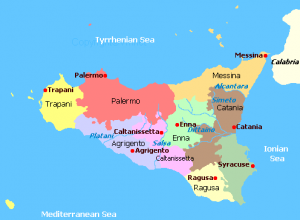 Another special tradition takes place during the Holy Week in Caltanissetta, a town that lies in an area of rolling hills, small villages, towns, and is crossed by the river Salso.

The whole city gets involved in this event, which is the sum of 16 Sacred groups, called Vare.  Each Vara is beautifully decorated with lights and flowers, and is accompanied by a procession of a band, torchbearers, and devotees. 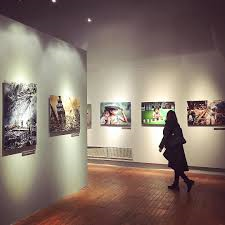 Take a break from Holy Week activities, and join us at the Gallery of Modern Art.  The Museum has gone through a long evolution towards increasing its collections by acquiring new pieces and, most of all, gaining credit as one of the most modern and vital cultural institutions in Palermo.  The Museum, named after Empedocle Restivo as a tribute to the man who promoted its foundation at the beginning of the last century, opened in the foyer of the Politeama Theater on May 24, 1910.  It immediately set as its main goal that of offering people the opportunity to enjoy the heritage of the exciting period of the Belle Epoque when cultural life was flourishing all over Europe and new projects stirred the development of Palermo.

If you’ve been thinking about how you, family and friends will spend the Easter season, you can’t go wrong with Sicilians, who recognize the solemn occasion respectfully and then celebrate the risen Christ.  Wherever you decide, you can rest assured it will be a moving experience that is delivered by Italians who are proudly devoted to tradition.