The Ethnomusic Film Festival is part of Mediateca Toscana’s 50 Days of International Film.  The festival takes place at the Odeon Cinema, Piazza Strozzi in Florence, Italy.  Beginning on November 4 and through November 6, you can be part of Italy’s largest film festival.  Famous actors, directors, writers, and filmmakers will be part of the event.

If you recall the now infamous author Dan Brown and his 2013 book, Inferno, you will enjoy the Inferno Florence tour.  Tie the tour in with your visit to the Ethnomusic Film Festival to gain even more pleasure on the trip.  Dan’s book was also a movie, released in 2016.  If you’re bringing the kids, we suggest they exceed eight years of age.  You will learn about the palace history and return to the haunts of our beloved Professor Robert Langdon.  The tour will be the perfect prologue or epilogue to the film festival or just a nice break in the film action for a few hours. 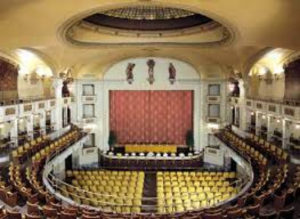 The Odeon Cinema venue is one of the oldest theaters in Italy and likely the most beautiful as well.  The theater opened in December 1922 and has showcased the best movies and been graced by the most distinguished actors and guests over the years.

The Palace Strozzino, which was built in 1457 and was one of the most important Renaissance buildings.  The Odeon interior,  created from this historic building, holds the cinematic history of Florence.  To tell you the venue is magnificent would be an understatement.

The Medici family, who had both political power and wealth in the Florentine Empire during the 13th century, provided full support for the arts and making Florence the birthplace of the Renaissance.  Four popes have come from the Medici family, and you will find Medici genes in Royal families across Europe.  While you’re in Florence, don’t miss the Medici chapels, where you will see some of Michelangelo’s last works.  The last Medici ruler, who died in 1737, had no male heirs and the 300+-year-old family dynasty died with him.  Make sure to  realize their history and significance while you’re at the Ethnomusic Film Festival. 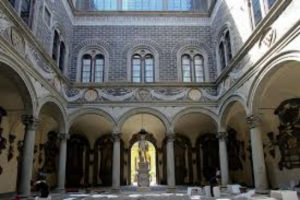 You can also see the stunning housing facilities enjoyed by the Medici family as you tour Life at the Medici Court.  In some cases, there is permission to try on clothing, jewels, hats and more on this fun trip that is an excellent change of scenery from the festival.

While Rome is about a three hour trip from Florence, if you are getting into Ethnomusic at the film festival, think about stopping over in Rome on your way to or from Florence for more incredible music played on original instruments in Bernini’s Rome tour.  Also, find Baroque architecture at its best in Rome. 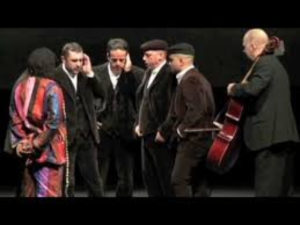 In past years, the Ethnomusic Film Festival has seen Iranian documentaries including traditional music and dance, films about the music of China, India, Jamaica, and Uganda.  Requiem for a Dying Planet portrayed the collaborative effort between Ernest Reijseger and Werner Herzog in addition to a Sardinian acapella chorus.

The Ethnomusic Film Festival is an incredible opportunity to expose yourself and your family to different music, songs and culture.  Get busy booking your trip and side trips quickly, November is right around the corner, and you’ll be hitting yourself if you let this trip pass!  We’ll be waiting for you at the Odeon or maybe in Rome, so be sure you don’t miss us!