Festival of Two Worlds in Spoleto 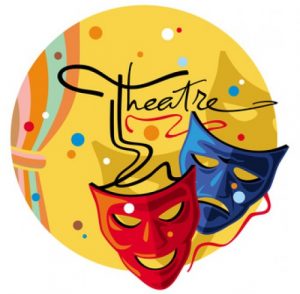 Beginning on Friday, June 29 and lasting until Sunday, July 15, the Festival of Two Worlds takes off and marries the old and new worlds in the arts arena.  It is a significant cultural event that has been taking place since 1958 when the composer, Gian Carol Menotti created and began the annual tradition.

The event takes place in Spoleto, which is a city in Umbria in the Perugia Region of Italy.  Spoleto may be best known for its 12th-century Cathedral, which includes mosaics and frescoes by Filippo Lippi, a Medieval artist.  The area is also home to olive groves, vineyards and rural rolling hills.  Another highlight of the area is the restored Roman Theater.  Although the Umbrian dialect of Italian is no longer spoken, you will find Italian to be the primary language of the area.

One of many side trips to add to this event is our Day Tour to Tuscany And Umbria for a Taste of Italy.  Think of Italy: its history and culture.  Dream of Italy: the rolling landscapes of the Renaissance artists. Imagine Italy: the food and the wine.  Combine it all in this tour that takes you off the beaten path to experience just a taste of all that is so essentially Italian in parts of Tuscany and Umbria.

The purpose of the Festival of Two Worlds is to celebrate the diversity of Europe and North American music, dance, arts, and drama.  There is also a sister festival held in the United States in Charleston, South Carolina (founded in 1977), and another in Melbourne Australia (founded in 1986).

At the Spoleto event, famous artists from ballet, opera, and arts are well represented by individuals such as the great Baryshnikov, Twyla Tharp, Pavarotti and Joaquin Cortes.  This is undoubtedly a world-class, highly innovative international event.

While you are in the Umbria area, we can highly recommend other tours including: 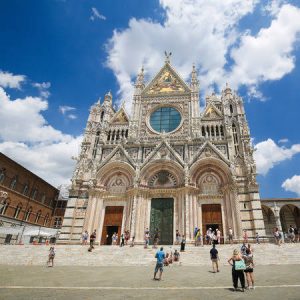 The Cathedral of Siena and the Piccolomini Library.  One of the most beautiful Cathedrals in the world was built between 1215 and 1263, by Nicola Pisano, a master of Gothic architecture.  It is also a UNESCO site.  The Piccolomini Library is another magnificent site within the cathedral complex.  It is famous for its fresco cycle depicting the life of Cardinal Enea Silvio Piccolomini, who later became Pope Pius II.  The frescoes were painted by Pinturicchio, the Umbrian painter Bernardino di Betto and students.  The library also holds illuminated choir books and other works of art that are truly a treasure chest within a treasure.  Don’t miss this opportunity!

Another great prospect in this area is our Day Tour to Assisi, Cortona and Passignano Sul Trasimeno.  Here, you enjoy a guided journey through the lush green hills of Tuscany and Umbria and discover the architectural and artistic jewels of Assisi and Cortona.  Assisi is one of the most important pilgrimage sites of Italy.  And when you see the beauty of this medieval town, you’ll understand the attraction to repeatedly visit and experience the unmistakable peacefulness here.  Our other destination is Cortona, an ancient Etruscan town on the top of a hill overlooking the Val di Chiana.  Free time is provided to explore the charming, winding streets, panoramic views, and picturesque artisan shops of this little city.  You may even recognize some of the sites from the 2003 movie Under the Tuscan Sun.

If a day tour to Assisi and Orvieto sounds more appealing to you, you can’t make a bad decision here!  This magical journey takes us beyond the modern highways and large cities to discover the real Italy, where small ancient gems are just waiting to be discovered.  This is a tour that unveils the religious architecture of Umbria and the wines and local products of Tuscany.