For one night each Summer, Lake Como’s small islet, Comacina, is ablaze with fireworks and music. Festivities for Saint John’s day begin in the earlier part of the day and last long into the night, as revelers sing, dance, and celebrate the town’s Patron Saint Day. Saint John’s Day is held on June 24th this year. 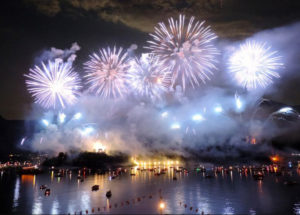 The history behind the celebration is interesting and, as many things in Italy have a tendency for, dates back several centuries. The Ten Years’ War, between Milan and Como deeply divided Como and it’s small islet at the center. Comacina sided against Como, their only neighbors, in favor of Milan. The people of Como nearly wiped out all inhabitants of the island in an act of revenge. In fact, Como’s bloody response caused their excommunication by Pope Alexander III.

Explore lovely lake Como as well as its pearl, the Bellagio, on a full day excursion from Milan. During the summer months, the beautiful lake region has an extra glisten on its waters. Since Milan and Como are in such close proximity, either destination can be reached within an hour via train. 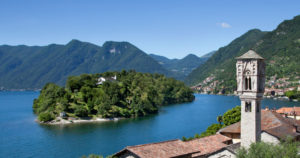 If you’ll be in northern Italy for some time, you should explore some of the cultural and historical gems in the area. Learn about classical Turin which, in many ways is the unsung twin of Milan, in this guided visit. Turin is renowned for being the most industrial northern city, but see for yourself whether Milan or Turin is the giant of the Northern region.

Or, if you’ll be in Venice, explore the famous Doge’s Palace where it’s easy to lose yourself in engrossing history and stunning architecture. Venice’s deeply woven traditions and festivals take on a certain heightened energy during the summer months and are absolutely worth visiting.

Regardless of what corner of Italy you choose the spend the summer months in, there are wonders to be discovered every day.

Fireworks on the water are big events the world over. Where and when can one catch a lovely fireworks show where you’re from? What festivals have you experienced in Italy? Were they as colorful and vibrant as the one above looks? What do you anticipate this festival could have in common with others across Italy?